IMDb: 7.0 2011 115 min 209 views
Against his father Odin’s will, The Mighty Thor – a powerful but arrogant warrior god – recklessly reignites an ancient war. ...
ActionAdventureFantasy 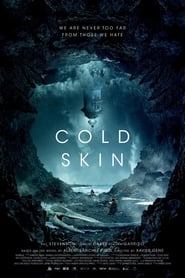 IMDb: 5.9 2017 108 min 1179 views
On the edge of the Antarctic Circle, in the years after World War I, a steam ship approaches a desolate island far from all shipping lanes. On ...
Science FictionThriller

2013 112 min 1136 views
Thor fights to restore order across the cosmos… but an ancient race led by the vengeful Malekith returns to plunge the universe back into ...
ActionAdventureFantasy

IMDb: 5.1 2015 96 min 1166 views
The fast-paced action movie is again set in the criminal underworld in France, where Frank Martin is known as The Transporter, because he is the ...
ActionCrimeThriller

IMDb: 6.3 2015 119 min 1171 views
Beatrice Prior must confront her inner demons and continue her fight against a powerful alliance which threatens to tear her society apart.
AdventureScience FictionThriller

IMDb: 6.7 2014 139 min 1163 views
In a world divided into factions based on personality types, Tris learns that she’s been classified as Divergent and won’t fit in. ...
ActionAdventureScience Fiction

IMDb: 5.8 2013 110 min 1245 views
Framed for crimes against the country, the G.I. Joe team is terminated by Presidential order. This forces the G.I. Joes into not only fighting ...
ActionAdventureScience FictionThriller