IMDb: 7.8 1993 118 min 214 views
Gilbert Grape is a small-town young man with a lot of responsibility. Chief among his concerns are his mother, who is so overweight that she ...
DramaRomance 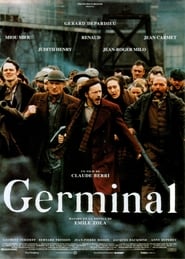 IMDb: 8.9 1993 195 min 1403 views
The true story of how businessman Oskar Schindler saved over a thousand Jewish lives from the Nazis while they worked as slaves in his factory ...
DramaHistoryWar